Following up on the data I already published from Qwilt, DeepField has also shared some data with me showing just how much traffic spiked when Apple’s iOS 8 download was released. DeepField collects data from ISPs that participate in their Internet Observatory research project and the below chart shows Apple traffic from those ISPs, which normally sits around 200Gbps combined, peaking at 3Tbps at 6:15pm ET on Wednesday night. The data represents a cross section of consumer providers, mostly in North America, covering many tens of millions of users. Apple’s new CDN is impressive, it has massive capacity and service providers are seeing solid download rates across the board. Apple did rely on Akamai, Limelight and Level 3 for a small percentage of their overall downloads and I’ll have more details on that in a follow up post. 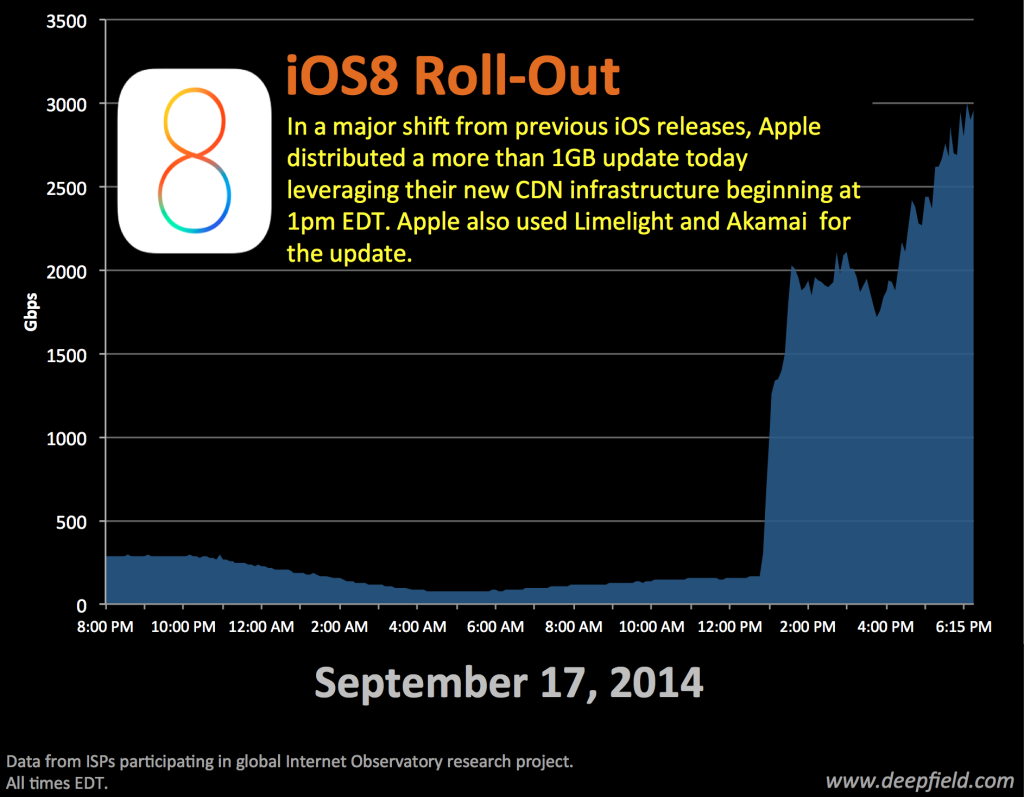 For more on Apple’s CDN buildout, see these previous posts:

Feb 3rd: Apple Building Out Their Own CDN To Deliver Content To Consumers

May 20th: Apple Negotiating Paid Interconnect Deals With ISPs For Their Own CDN