Apple’s iOS 8 update is just kicking into high gear now with the peak expected to hit later this evening as people arrive at home and start updating. Based on data from transparent caching provider Qwilt, traffic inside some last mile networks is already 50% higher than regular network traffic at 4pm PST. It’s also a much bigger update this time around with iOS 8 coming in at 1.3GB versus iOS 7 at 750MB. As of 6pm EST, Apple was accounting for 20.6% inside some networks in the U.S., which is half of Netflix’s 40% share. In France, where iOS 8 launched on the 15th, Apple accounted for the top percentage of traffic, at 24% beating out YouTube at 19.6%. And it’s clear that some ISPs are already capping users on their network.

Data shows that service providers that have deployed Qwilt are caching over 90% of iOS 8 traffic. Apple’s own CDN is doing the majority of the downloads in the U.S., possibly all of them, as I have yet to see a traceroute from the U.S. showing Akamai or any other third party CDN. Outside of the U.S., it does appear that Apple is using third party CDNs in select countries. 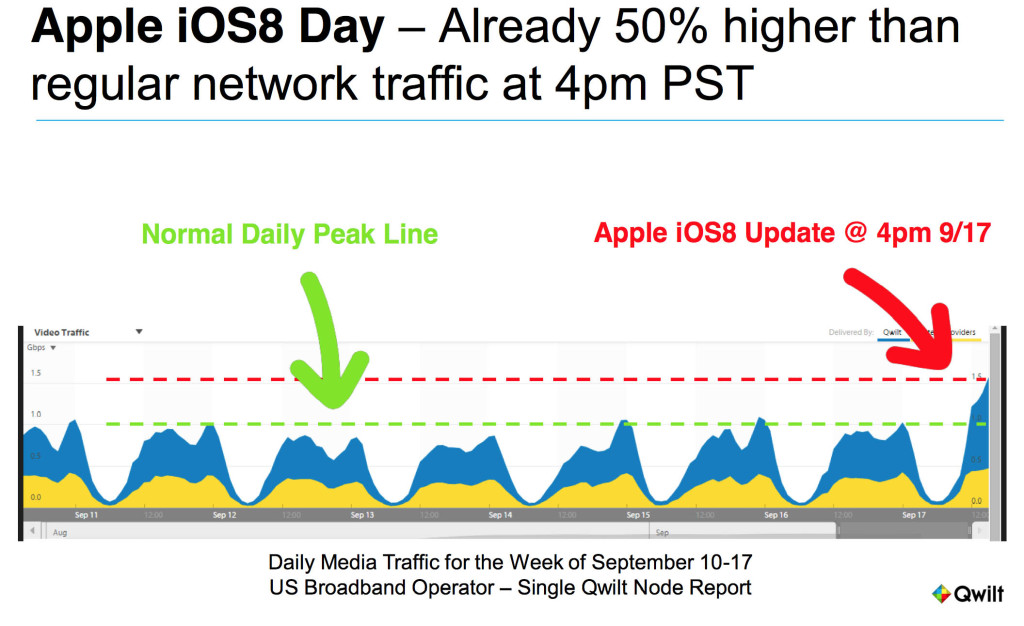 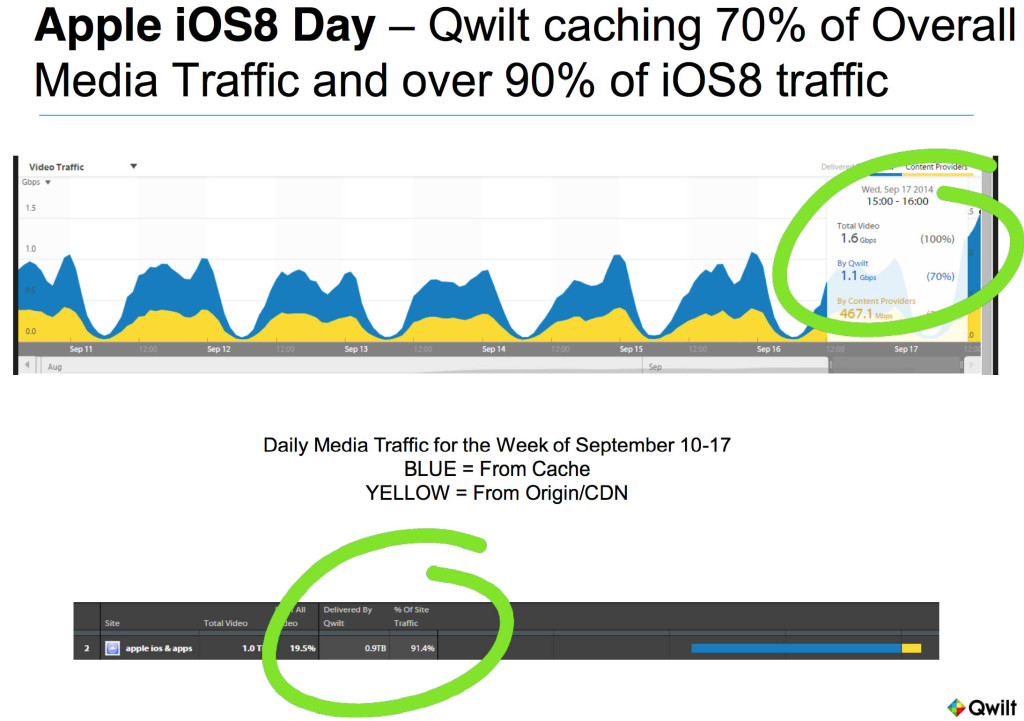 Filed in Content Delivery | Permalink | Comments (1)
« Apple’s iOS 8 Downloads Coming From Their Own CDN, Likely Will Be a Traffic Record
DeepField Data Shows Apple Traffic Jumping From 200Gbps to 3Tbps Thanks To iOS8 Downloads »