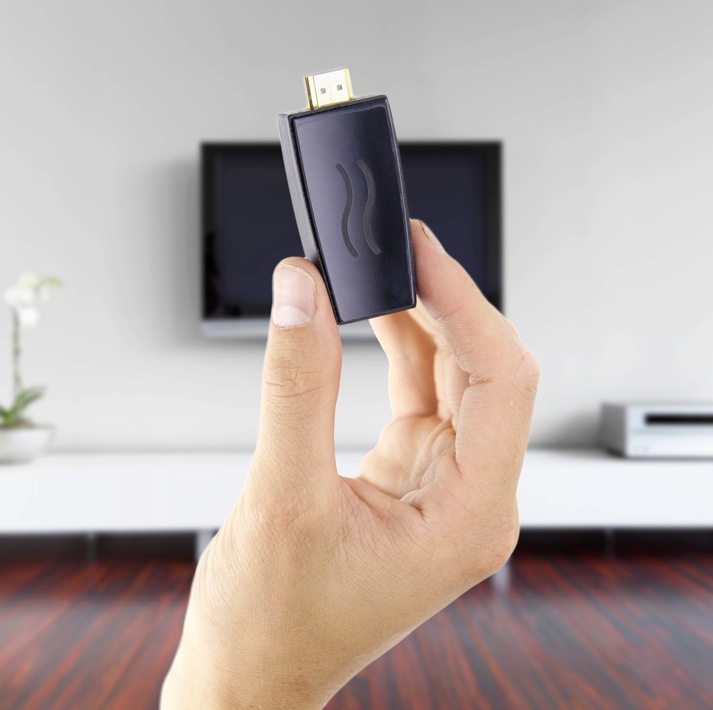 Last week the inventors of a new device called Airtame contacted me to let me know they were about to launch funding for their device on Indiegogo. In the past five days, they have raised nearly $95,000 of their $160,000 goal, (as of Nov. 30th they are now at $144,000) for a device that allows you to display your computer screen and sound (Mac, Windows, Linux) on a TV, projector or monitor wirelessly. But what I really like about this device is that you can mirror your screen to multiple screens at the same time, something Chromecast can’t do. (see the video)

The inventors of the device say that the protocol being used is their own custom binary one, using UDP as a transport, and data exchange similar to Google’s protobuf. It supports a number of different channels, both for low latency ‘unreliable’ video/audio data, and for ‘reliable’ inputs and data transmission. The communication is encrypted with AES for security and the protocol was designed future-proof, so it is IPv6 ready, cloud ready, and advanced tricks such as UDP NAT piercing is also possible to allow for connections behind firewalls. The latency for the video being mirrored is around 25-150ms in ideal conditions.

The device looks pretty neat, I know I’d use them. Check out the video to see it in action.