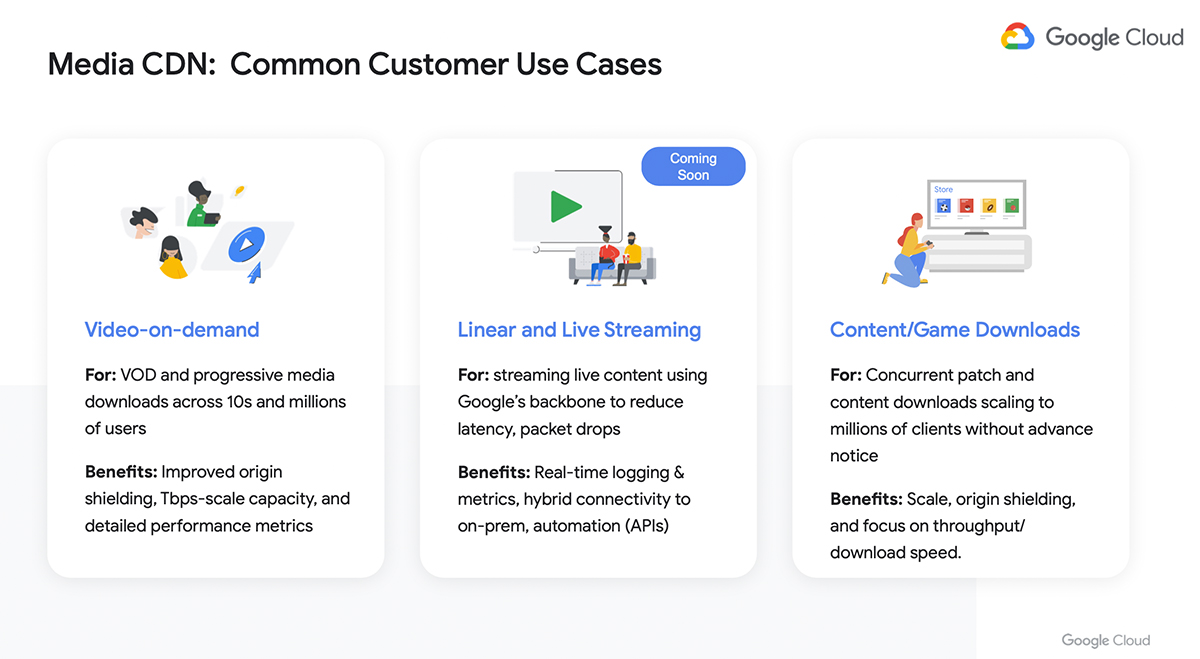 Google has announced a new commercial CDN offering called “Media CDN”, as part of their Google Cloud platform. You can listen to this special podcast I did with David Reisfeld from Google for more details on the service. At launch, the new CDN offering will support on-demand video and large object downloads with Google planning to add support for live streaming later in the year. Google is targeting customers with at least 10PB a month of delivery or multiple Tbps of delivery. Google tells me they plan to be aggressive on price, but isn’t trying to be a low-cost leader in the market. Google’s goal with their CDN offering isn’t to compete on commodity CDN business but rather sell Media CDN as part of a much larger contract that includes many cloud-based services.

Google’s Media CDN platform will leverage some components of the YouTube CDN platform and Google built out a new control and data plane to let customers have control of the Media CDN platform, since YouTube has always been a private platform just for YouTube content. The new service is all API driven and you can listen to the podcast to learn more about Google’s product road map, what media services they plan to add through a partner ecosystem, how Media CDN ties into their compute platform and how Google plans to measure QoE of their new Media CDN offering.