Netflix Misses Subs Estimate: Added 3.98M Subs In Q2, Will Spend Over $17B on Content This Year 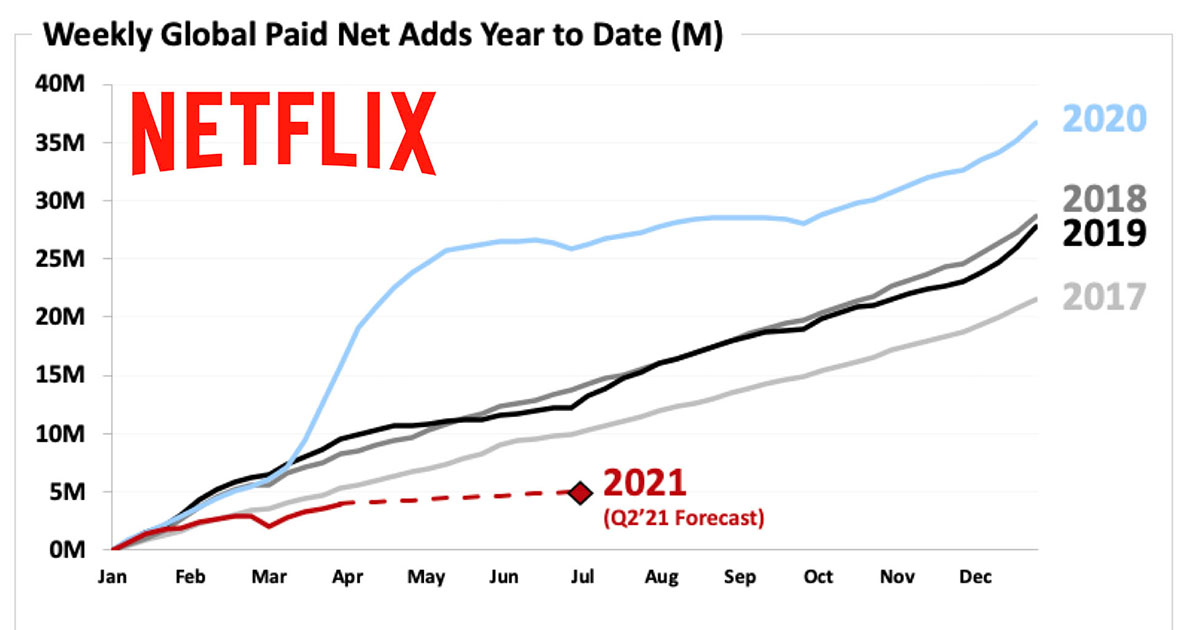 Netflix reported their Q1 2021 earnings, adding 3.98M subscribers in the quarter (estimate was for 6M) and finished the quarter with 208M total subscribers. On the positive side, Netflix reported operating income of $2B which more than doubled year-over-year. The company said they will spend over $17B on content this year and anticipates a strong second half with the return of new seasons of some of their biggest hits and film lineup. More details:

Netflix’s stock is down almost 11% as of 5:12pm ET. Roku is also down 5%, probably seeing an impact from Netflix’s earnings.