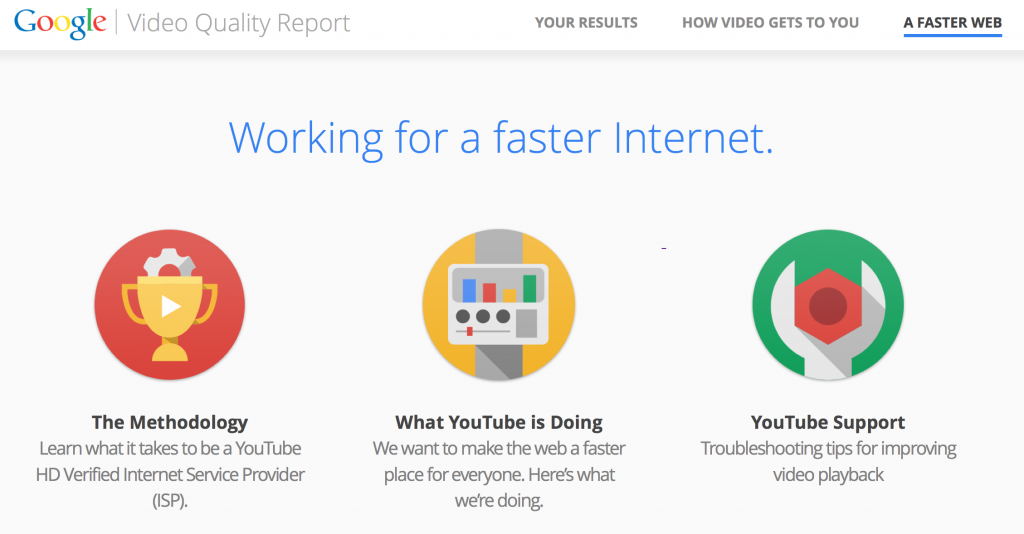 Google has just launched something new called the “Google Video Quality Report“, which ranks ISPs based on how well they deliver YouTube content. It’s an interesting website as Google also takes the time to explain, via simple diagrams, how video gets to consumers and the factors that can affect the quality of the video they receive. Right now the results are only open to those in Canada and Google won’t say when or if this will come to the U.S. Also, the main icon that says, “troubleshooting tips for improving video playback”, links to a page that says, “Page not available”. Clearly Google still has some work to do with the site and needs to roll it out to more regions if they want it to be useful, but this is a good first start in addressing how video is delivered and putting pressure on ISPs to improve it, just like Netflix has done with their ISP speed index ratings.

I have been complaining about the quality of YouTube video delivery for seven years now [1, 2, 3, 4, 5, 6]and I still routinely get buffering times of 20+ seconds for YouTube clips. So it would be nice to shame ISPs that to date, haven’t been very good in making sure they can deliver YouTube’s content without issues. It’s interesting to note that on their new website, Google calls out the fact that they will directly interconnect with any ISP who can reach their 70 points of presence worldwide without charge. This isn’t new with Google, they have been working with ISPs for years, but the problem is that some ISPs don’t care about the QoS of YouTube’s videos. I’ve even heard of some ISPs who know they have issues, but don’t want to work with Google, buy enough transit, or deploy transparent caching solutions to handle YouTube’s traffic over their last mile.

On the new site, Google also discusses their methodology for how an ISP can become “YouTube HD Verified”, but it’s confusing. It’s interesting to note that they use 720p video as the default, not 1080p. Also, the ISP has to deliver video with quality only 90% of the time, which seems like a pretty low bar. They mention that to become certified ISPs must provide consumers with “quick load times,” but don’t define what that means, even if you read through their methodology. Since this website is targeted towards consumers, Google should make it simpler and use a sliding scale of seconds when it comes to startup times, as a way to explain their methodology.

Google tried to do something like this in the past when in 2010, they launched the “YouTube Video Speed Dashboard”, with the goal of giving users an, “insight into what your YouTube speed looks like compared to the YouTube speed of users in other regions and different ISPs.” While that sounded like a good idea, the results didn’t tell you anything in terms of your “YouTube video speed” or the quality of the video you were viewing. At the time, the results were not based on data from actual streams, so YouTube’s video speed dashboard was nothing more than a speed test of your ISP.

Google says that their new Google Video Quality Report will be based on billions of YouTube videos watched across thousands of ISPs, but that’s not going to happen if the service only works in Canada. So hopefully this means they have plans to make it available to many more regions. If they do, we should finally be able to see some real insight into how ISPs are delivering Google’s content, but since I’m not in Canada and can’t see what the results look like, it’s hard to really gauge the service. 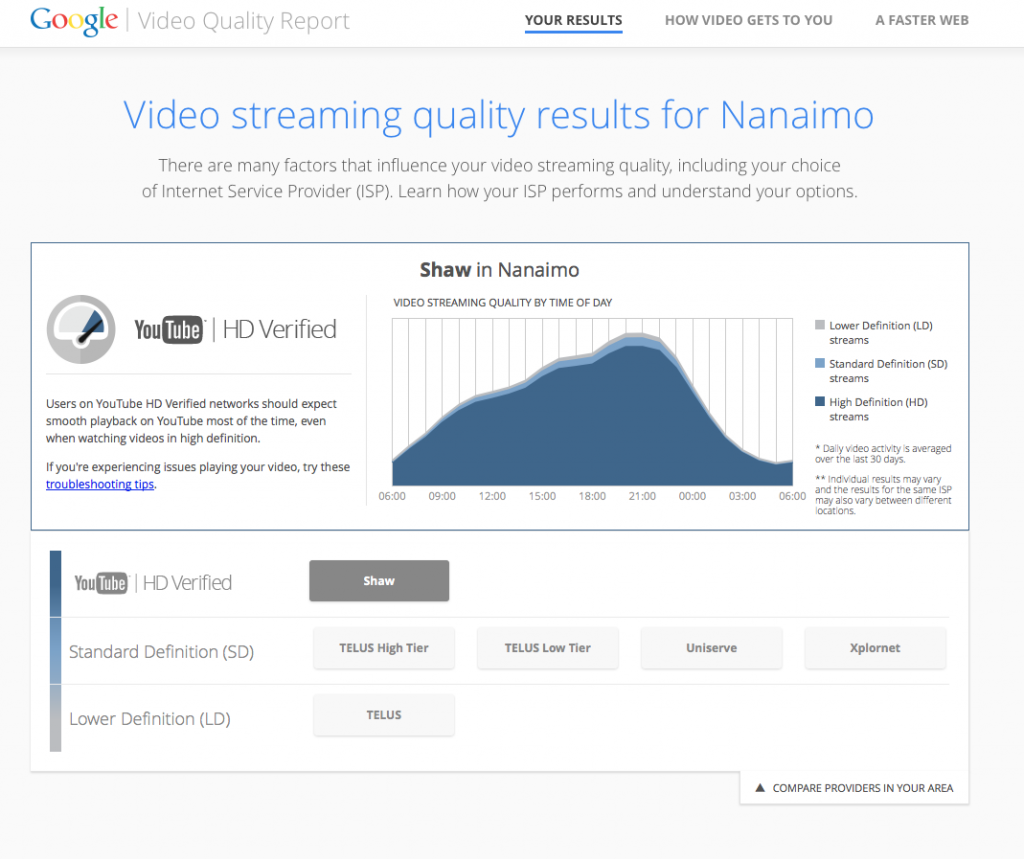