While I've heard some folks say that one of the reasons Akamai is showing signs of their M&E business picking back up is as a result of the adoption of HD quality content, that's not what's driving revenue today. Yes, Akamai and all of the other CDNs are seeing more content owners use HD quality video, but it's not yet happening in large volumes or at mass scale to impact revenue. 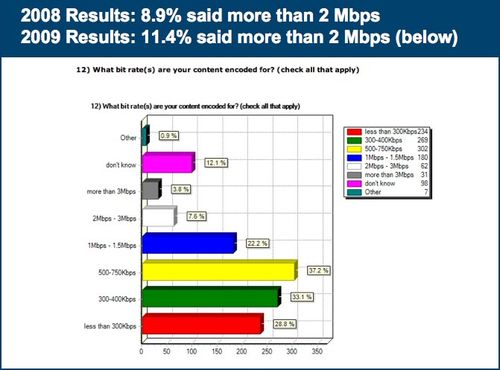 Some might say that the M&E vertical probably has better adoption of HD video than say the enterprise or advertising market and they'd be right. But of the 812 content owners who took our survey, nearly 45% of them classified themselves as being in the M&E vertical. HD quality video will drive additional revenue and growth for the CDNs, but it won't be in the next few quarters.