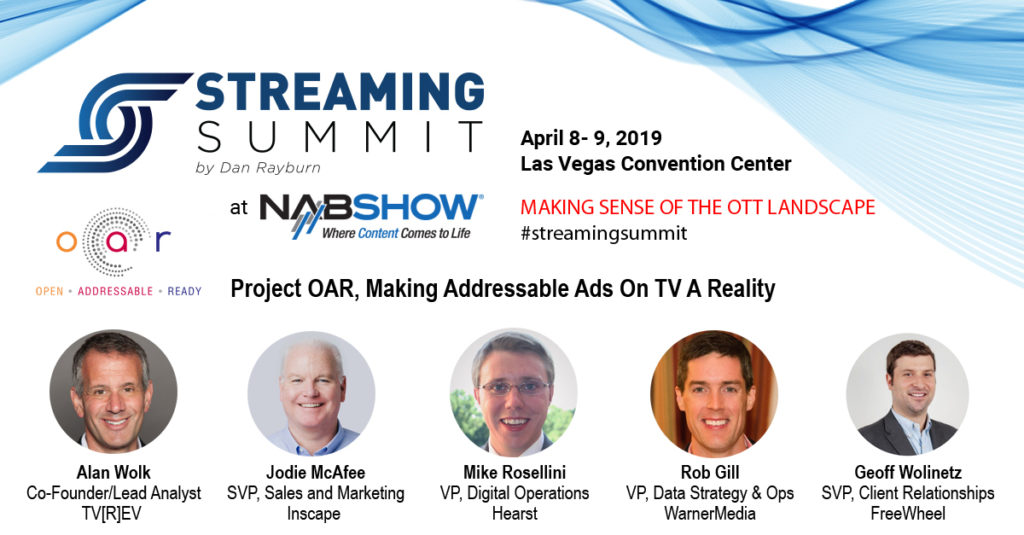 A new consortium, led by TV manufacturer VIZIO, is promising to assemble the right technology platform and media partners to make addressable ads on television a reality, as soon as early 2020. The founding members include Disney Media Networks (which includes ABC, ESPN and Freeform), Comcast’s FreeWheel and NBCUniversal, Discovery, CBS, AT&T’s Xandr and WarnerMedia’s Turner, Hearst Television and AMC Networks.

At the Streaming Summit, taking place April 8-9, at the NAB Show, members of the OAR consortium will talk about the deployment of a new, open standard for addressable advertising on connected TVs. Confirmed speakers include: