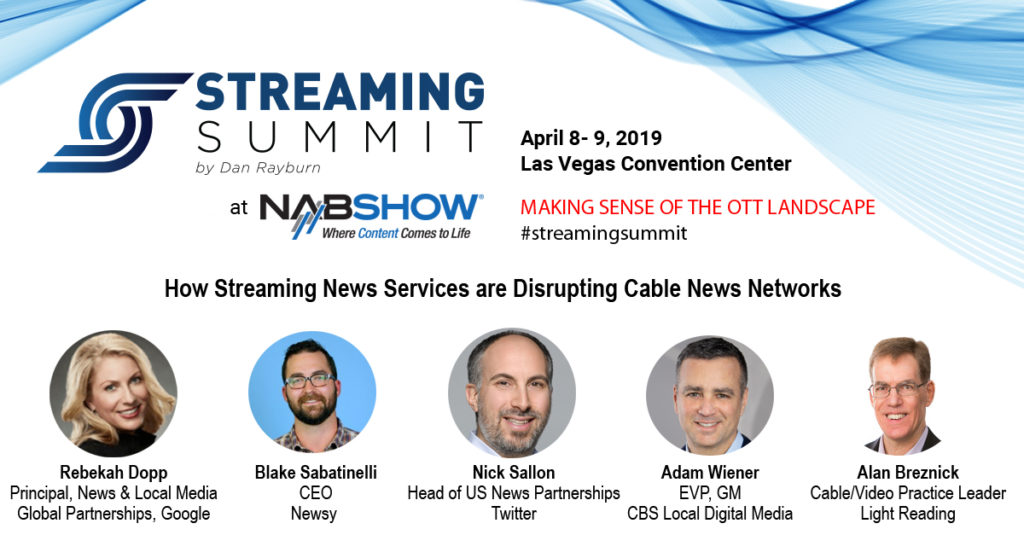 Forget about the cable news network wars. The big battle for market position these days is over the new breed of streaming video news networks. With Fox News having just launched Fox Nation late last year and NBC News planning to debut NBC News Signal this spring, the market will soon have major entries from all the big broadcasters and news networks, plus OTT-only services like Cheddar and Vice.

At the Streaming Summit, taking place April 8-9, at the NAB Show, we’ll look at the rapid growth of the streaming video news market, the drivers of that growth, the jockeying for position among the services, and the opportunities and challenges they face. Confirmed speakers include:

Filed in Conferences & Events | Permalink | Comments (0)
« Hulu Fireside Chat: Hulu’s Live TV Service – What We Did, What We Learned, And What’s Next
NBC Sports Fireside Chat: Live Sports Streaming, Building a Platform at Quality and Scale »