Accessing The Cloud Providers In South Korea For The Next Olympics

With the Rio Olympics now behind us, we can start to look at what to anticipate for the next event, the Winter Olympics in PyeongChang, South Korea in 2018. The ability of broadcasters and OTT providers to successfully provide streams from these locations depends heavily on the infrastructure in the region. While South Korea does not have as many large cloud installments as Brazil does (see this report) what we can do is look at the likely clouds from major providers in the immediate area around South Korea. These are the most likely the partners that OTT providers will choose to assist with their live streams in two years.

As you can see below from this seven-day look of latency from every network within South Korea, there is a lot of variability. 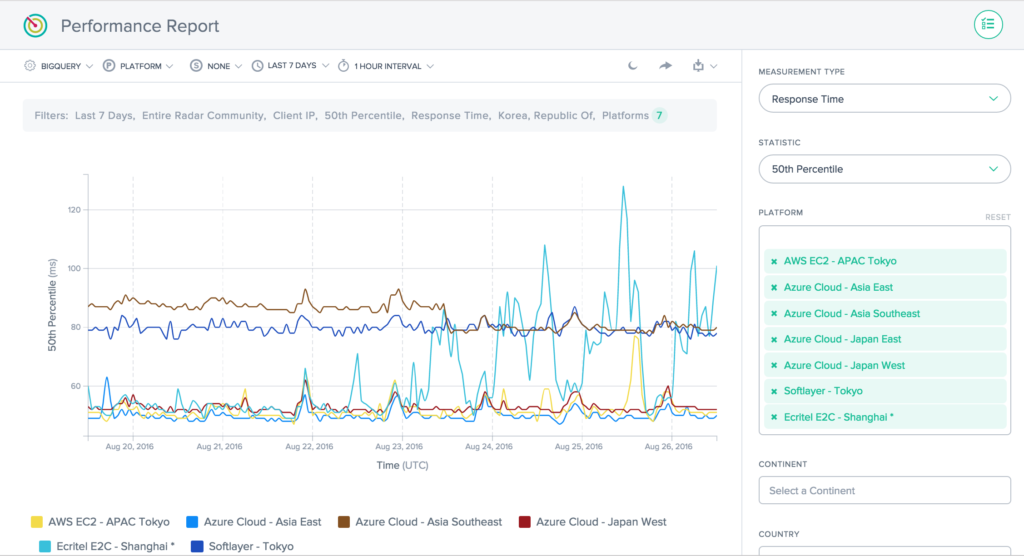 Taking a deeper look at this seven-day period, the following chart shows the statistical distribution of latency to the 7 clouds from measurements taken within South Korea. 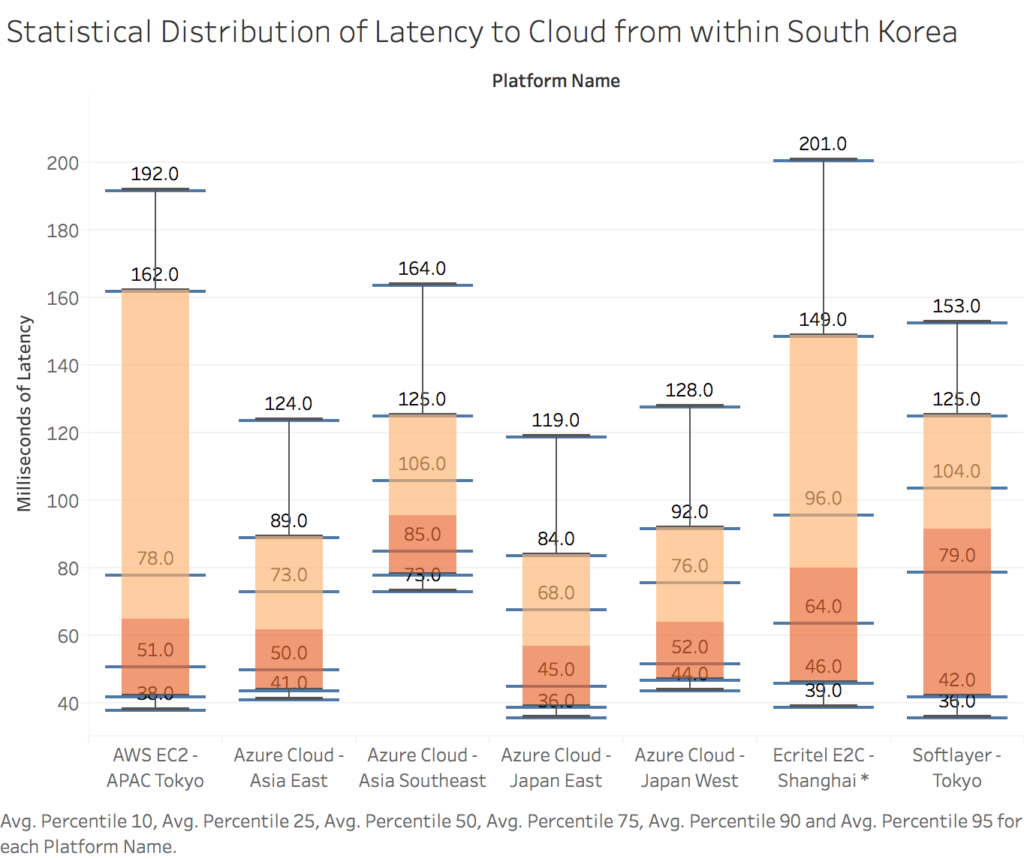 As you can see, at 36ms the Azure Cloud – Japan East has excellent latency at the low-end but it’s also one of the tightest statistical distributions. This means that the outliers or worse performers are actually not all that bad; although 119ms is pretty slow. Softlayer Tokyo also has very good low-end latency in its distribution, but note that its 153ms top end is considerably slower. Also note that in the seven-day period Ecritel and AWS Tokyo both had very good latency at the 10th percentile but the outliers for both were very painful.

Its important to note that this seven day period is unique and the best and worst performers will changes as peering relationships and congestion effect the overall landscape of performance. To get an even deeper understanding of how these networks performance can effect the overall cloud performance rating Cedexis took 5 of the top networks within South Korea to show how these networks perform relative to the 7 clouds under consideration. 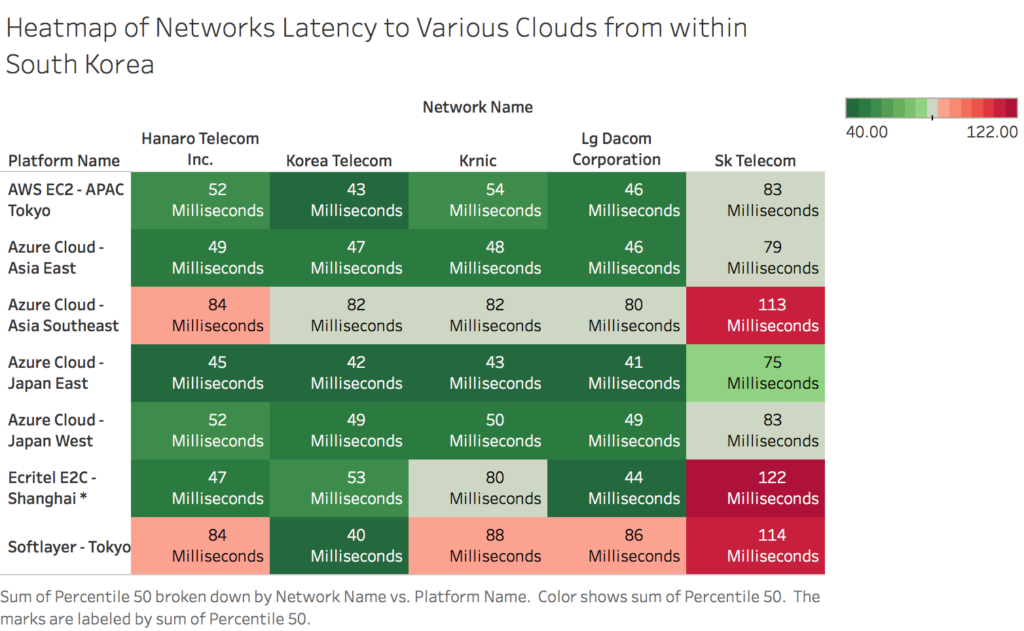 The greener a box is the faster that networks round trip time (RTT) to the cloud, and likewise the more red a box the slower the RTT. As you can see, on average Azure Cloud Japan East is the winner but it’s also important to note that as we saw in the first diagram, averages can deceive. The best and worst can change constantly over the course of the day. In fact here is the latency to these 7 clouds over the last 60 minutes of the testing to give some sense of the how often these clouds trade positions.

While Azure gets the gold for best performing cloud, the race has just begun. With two years to go before the Winter Olympics, the race is bound to change hands many times in the interim. Stay tuned to see who will be the best performer by then. It’s bound to be exciting.