With the launch of Amazon’s $99 streaming box, the company has added a chart on their website that compares their box against the Roku 3, Apple TV and Chromecast devices. By the looks of the chart, it seems as if Amazon’s box comes out on top with more features, but that’s not accurate. Amazon has skewed the chart to only highlight what they want and has left out things their box does not support. If they are going to make a chart that compares boxes, then they should make it real and give consumers all the info, not just selected info.

Amazon says their box allows you to “access all the entertainment you love” and “comes with instant access to all of the most popular subscription video services”, but apparently they don’t think anyone loves sports. Amazon’s box does not support live streaming services from MLB, NHL, NBA or MLS, but of course they don’t list those content services on their comparison chart under “popular services”. Because if they did, Roku would have a check box on all of them and Amazon’s box wouldn’t. [Updated 8:06pm ET: Amazon’s press release says that MLB.TV and WWE Network are “coming soon”. ] They also don’t call out the fact that their box has no current support to play back content from a USB source, something Roku can already do. The Roku’s remote also includes a headphone jack so you can listen to the audio in private, at any volume you want, but Amazon’s box does not have that functionality. Roku also has a version of the box that works on older TVs, with Amazon’s box only working on TVs with HDMI. 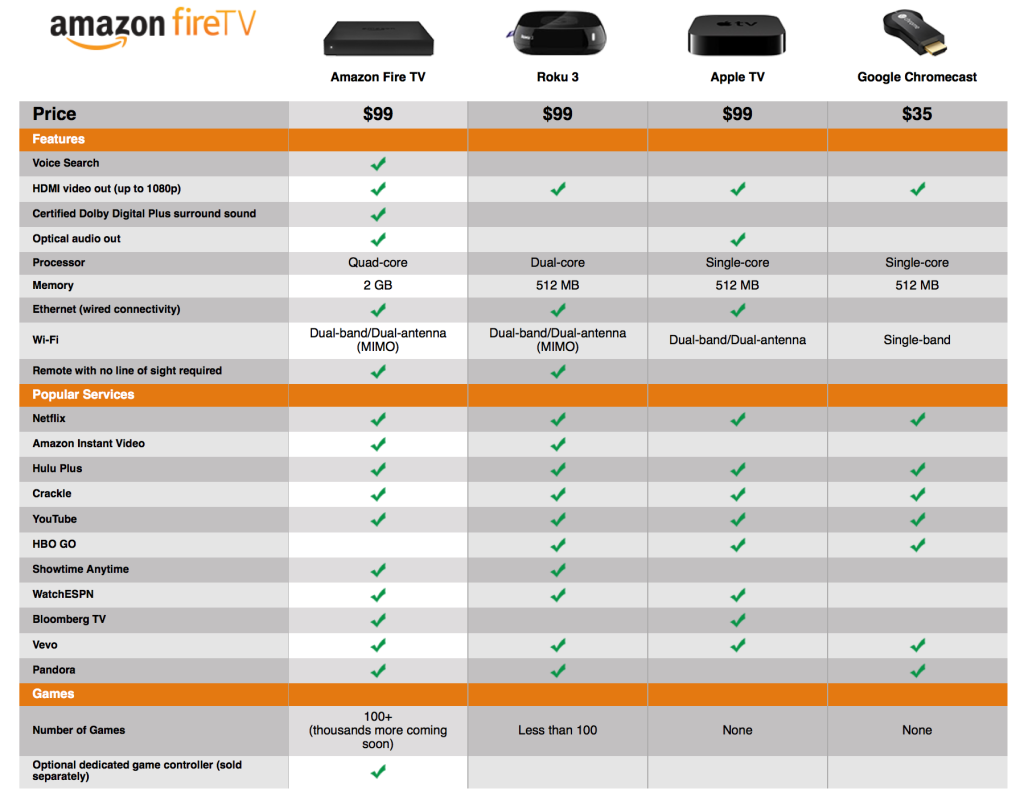 Amazon’s box has some nice features, but Amazon owes it to consumers to fairly compare the boxes and not simply limit the info they present in the chart to selected details.