Blockbuster Says It Has “28-Day Advantage”, But Only Has 13 Movies Streaming In HD 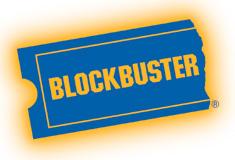 For a company that is so far behind their competitors, I can only laugh when Blockbuster continues to talk about all of these supposed “advantages” they have in the market. Last week Blockbuster started running television commercials in two states highlighting the fact that they don’t have to wait 28 days to rent new releases. (Their commercial has since been pulled from YouTube due to copyright issues.) While that may seem like a big deal, we all know that consumers are starting to consume more movies digitally, yet Blockbuster’s supposed “28-Day Advantage” does nothing to help them with their failing digital strategy.

Last year, Blockbuster made a big deal about how consumers could now “rent hot new release movies” via their TiVo. In reality, nine months later, Blockbuster has a total of 13 movies available for streaming in HD. And the 25 movies they list under “new releases”, two-thirds of them you’ve never heard of or they average ratings of under two stars.(Some of the new releases include movies such as “Shinjuku Incident”, “Our Family Wedding”, “Percy Jackson & the Olympians”, “Greenberg”, “Ninja’s Creed”, “Stacy’s Mom”, “8: The Mormon Proposition” and others duds.)

Even one of the newer Blockbuster releases, Avatar, isn’t available for streaming in HD from Blockbuster. (If you want to get it in HD, you can via the Zune Video marketplace on the Xbox 360.) When Avatar came out, Netflix and Redbox had to wait four weeks before they could rent it, unlike Blockbuster who paid to get access to the movie right away. Yet even with Blockbuster having access to the biggest movie of the past year and Netflix having to wait, Netflix’s business has done nothing but grow. Blockbuster’s so called “advantage” over Netflix has not translated into slower growth for Netflix or Redbox or increased market share for Blockbuster.

While some have suggested that Blockbuster’s deal with Sonic Solutions will get Blockbuster installed on more devices, keep in mind that Sonic’s own numbers say that the number of CE devices carrying their stores, under both their brand and those of their partners will be, “over 3M CE devices by June of 2010″ and “nearly 30M by June of 2011“. Netflix will be on 100M devices by the end of this year.

Blockbuster digital strategy clearly isn’t getting any traction, their inventory of movies available via digital is weak and yet the company still wants to waste time and money trying to convince consumers on how they think they have an “advantage” over their competitors. Blockbuster should know by now that something is only an advantage if the customer thinks so and is willing to pay for it.

Update: Someone sent me an email asking how Blockbuster’s HD inventory compares to Amazon. Via TiVo, Amazon Video On Demand has 51 HD titles available for streaming.

– Platform Overload: How Many Content Platforms Can Survive On TVs And Devices?