Steve Jobs: You Need To Allow The QuickTime Plugin To Support Fullscreen Video 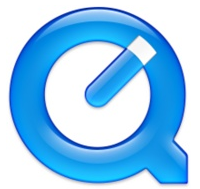 For as far back as I can remember, nearly every video clip on the web has given the viewer the option of deciding if they want to do fullscreen and have the video fill their monitor. This option has been considered the norm in the industry for many, many years, yet for some reason, Apple does not allow videos played back in the browser via the QuickTime plugin to support fullscreen.

When you watch any of the videos on Apple.com that give product demos or visit their popular movie trailer website, there is no option to watch any video in fullscreen unless you first download the video to your hard drive. Why isn't Apple allowing web based videos to go fullscreen? For all the talk Apple keeps doing about "standards", fullscreen playback of videos on the web has been a standard for more than a few years. Maybe not a standard in terms of a programming language like the term is widely used today, but it is a standardized function that's supported by all plugins for video playback, except Apple's.

It's logical to think that Apple was originally doing this simply to force people to pay $29.99 to purchase a QuickTime Pro license, but that only solves the problem for local media. Much of the content on the web can't be downloaded to your hard drive so even if you have a QuickTime Pro license, you still can't make any videos played back in a browser fullscreen. And starting with the QuickTime 7 player, Apple made fullscreen one of the options supported in the free player. So this does not seem to be about pushing people to the pro licenses anymore.

For all the talk Steve Jobs does about the great "experience" you get from Apple products and platforms, that's not the case when it comes to QuickTime videos on the web. Watching videos from the Apple movie trailer page on only a quarter of my 15" screen, when the content is encoded for HD, is not my idea of a great web experience. It's no wonder that content owners don't use the QuickTime plugin for playback of their web based videos. Steve, you need to fix this. We deserve fullscreen video.