PS3 To Get More Movies: Sony Signs Deal With All Six Studios For Movie Streaming 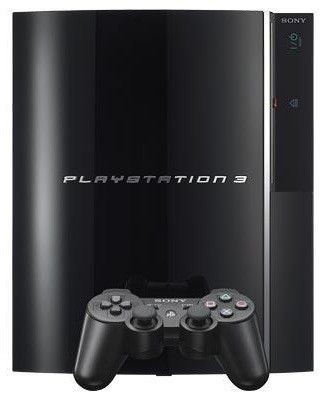 (Updated Below) Sony just announced that 20th Century Fox, Walt Disney Pictures, Paramount Pictures, Sony Pictures Entertainment, Universal Pictures, and Warner Bros have all agreed to allow Sony to stream their movies over the PlayStation Network to users of the PS3. The service, which launched today, is only available in the U.S. but will be expanded to consumers in U.K., France, Germany, and Spain.

The PlayStation Network is the first gaming console to offer high definition movies from all of the major movie studios and consumers will have the option to either buy or rent HD titles. There's no word as to how many titles the studios will be make available or how quickly they will be added, but Sony did list 18 new movie releases in the press release from all six studios that are available today. (Updated: Sony says they currently have more than 1,200 titles in HD for rent and or purchase and are constantly adding new titles.)

I've had the chance to jump on my PS3 system and rent some of the movies and they quality looks really good. While I can't tell the bitrates they are encoded at and am waiting for Sony to get back to me with a lot of the technical details, so far, I don't see anything here that consumers won't like. (Updated: Sony says the videos are encoded in MPEG4 with SD being at 2Mbps and HD at 8Mbps.) Pricing on the new titles I saw (see below) were $3.99 to rent in SD or $5.99 to rent in HD and $14.99 to own in SD or $19.99 to own in HD. I still think the price to own movies on all devices is too expensive and that most consumers will rent movies anyway and I expect that even rental prices will come down over time. 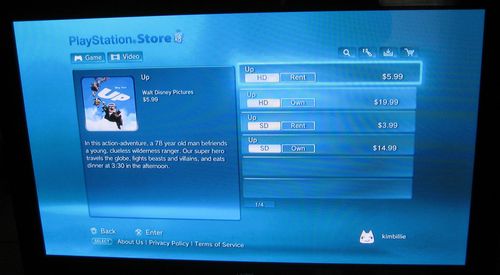 I'll post more details on the technical side of the streaming offering as soon as I get them from Sony.