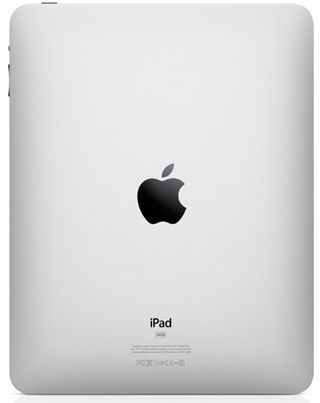 Aside from the fact that Apple's new iPad won't support Flash video, how on earth could Apple design a device that forces you to keep it flat at all times? Does Apple really think people want to hold a 10" screen in front of their face, at eye level, for two hours while watching a movie? The fact you have to keep this flat, on your lap, really keeps it from being used for video applications. Not designing a built-in stand up so that you can stand up the iPad on a table is a huge design flaw on Apple's part.

While the Apple website already shows one of the cases that you will be able to buy for the iPad that also double as a stand, that functionality should be built in. With the iPhone or iPod Touch, I can understand the lack of a built in stand as the device is small and most are not using it for extended periods of time. But the whole point of the iPad is to use it for interactive applications like video and with a 10" screen, share it with others. I should not have to buy a third-party case just to be able to use the device the way it was intended, with the functionality that's needed for video.

For a company that is so smart, I'm still amazed as how Apple makes such glaring mistakes like this.