CEOs from Move, Internap, Highwinds And Others Provide Update On Their Business 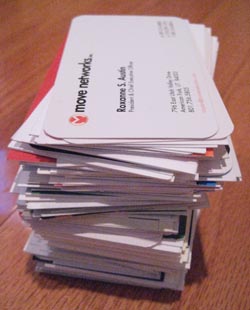 One of the great things about the Streaming Media West show two weeks ago was the fact that so many industry CEOs were in attendance. Many of them have only recently taken on their CEO roles and I had the chance to sit with a bunch of them for the first time. I came back with over 100 business cards that I now need to follow up on.

I also had the chance to meet with Eric Cooney, Internap's new President and CEO and got an update on their CDN business and we chatted about some of Internap's strategy moving forward. I still have a post to do about Internap's recent re-launch of their CDN offering and will have more on that later this month.

Speaking of CDNs, I also had a chance to sit with Steve Miller, President and CEO of Highwinds, along with some of his executive team. I now have a very clear picture on what Highwinds is working on with regards to their CDN offering in the New Year and where the future lies for the company's CDN business. I'll be doing a write-up of that shortly as well.

I had the chance to have lunch with Jamie Howard, President and CEO of Imagine Communications, who are the folks behind the digital platform that runs many of the cable and satellite companies digital video services. Some really interesting things are taking place in that arena which I'll also be discussing on the blog shortly.

The number of C-level executives in attendance at our Streaming Media East and West events continues to grow each year and it was great to see so many of them in person, even if it was just to say hi. If we didn't have the chance to chat at the show, my apologies, I simply could not make it to all the meetings I wanted to. I'm happy to catch up with any of you now that the show is over.