Netlfix Streaming On The PS3 Is Slow And Painful 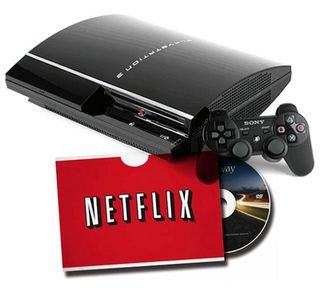 Last week, Netflix started mailing out the discs that PS3 users must insert in their console each time they want to stream a movie. While the disc is a temporary measure until there is a dedicated Netflix app for the PS3, the solution is very slow and painful. The disc takes about 20 seconds to load and once a movie is selected, it takes almost 30 seconds before the movie starts streaming. While the quality of the stream is good and looks the same to me when compared to streaming on the Xbox 360, Roku or TiVo, the controls that allow you to do things like fast-forward the video are also very slow.

For those PS3 users who have never streamed Netflix to any other
device, they may not even notice or care. But for anyone like myself
who has used one of the many other Netflix enabled devices for streaming, the
PS3 experience really suffers when it comes to the user experience. I still find it odd that Netflix raised their guidance for the fourth quarter due to the deal with Sony because if you use some assumptions and run the numbers, it's not that much additional revenue. Lets over-estimate and say Netflix ships 500,000 discs to PS3 users in November alone. And lets say that 50% of those users are all new for Netflix and sign up for the $8.99 a month package. That's only an additional $4.4 million in revenue for Netflix in the fourth quarter. So unless Sony is paying Netflix, or there is some other revenue changing hands between the companies, I don't see the reason for Netflix to raise their guidance for this quarter.