Review: Hands-On With Streaming Netflix On The Mac 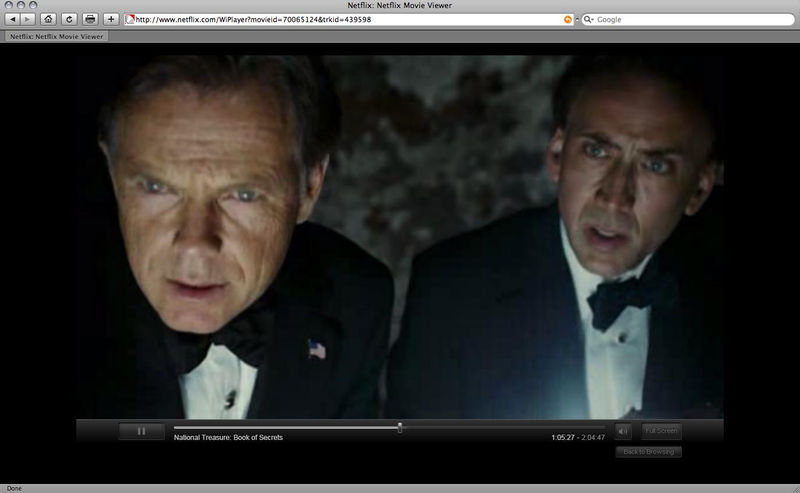 This morning, I have been testing the new Netflix Mac streaming service that Netflix announced earlier in the week. The new watch now functionality, for Intel based Apple computers, uses the Silverlight 2 player and provides the same level of decent quality, from what I can tell, that current PC users of the watch now service get.

While Netflix won't say what bitrate the videos are being encoded in, the quality of the videos could use some improvement as any movie with quick pans, cuts or intense lightning, tends to produce some pixelation. (Click on the screen shot on the left for an example) That being said, the video quality for PC users using the watch now service is no different, so nothing experienced with the Mac offering seems to be any different than the PC one.

The Mac offering works just as well in Safari or Firefox and initially, Netflix says the availability of the new service will only be available to a small percentage of customers, with service being expanded to all users by the end of the year.

As for the user experience, the video playback and controls are nearly identical to watching and controlling Netflix content with the Roku. Jumping into any section in the movie gives you thumbnails with screen grabs of the scene and gives you a quick and easy way to see where you are in the movie. In addition, Netflix has added to the Mac and PC versions, a new set of arrow keys that allows you to jump back and forth between episodes in a series.

Overall, no real surprises with the Mac service as it's nearly identical to the PC version. But for us Mac users, this is a welcomed addition and one that we wish Netflix would have done sooner. My guess is that Netflix was waiting until Microsoft had the Silverlight 2 player out since it uses PlayReady DRM and content owners licensing their content to Netflix probably required them have to use some type of DRM technology.